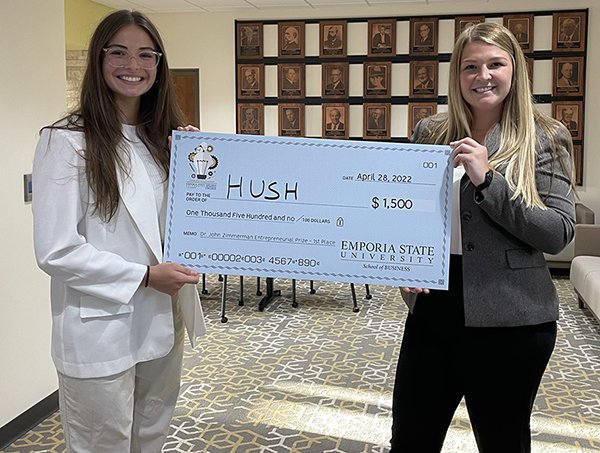 For the first round of the competition, 25 individuals or teams submitted a three-page executive summary on March 8. Teams were judged on Business Model, Product/Service Offering, Feasibility, Justification, Specificity, and Originality.

By mid-March, a panel of graders selected nine semifinalist teams to advance to the next round of the competition. During this semifinal round, students had two weeks to refine their big ideas based on graders' feedback. During this time, students worked with faculty to further develop their concept. This round of the competition consisted of these teams submitting virtual oral pitches by April 7.

The final event was on April 28. Based on the previous round of feedback, the EEC Committee reviewed the results of the video pitching round as selected by the external graders and determined the top three teams selected for a final round of live pitching to a set of new judges. Shortly after these three pitches, the judges named the first, second, and third place winners.

As written in their executive summary, “The epidemic of social and public harm is not a new phenomenon. It has been a pressing social problem that has been relevant for decades. It is believed that ‘50% of women fear being physically attacked’ (Farah & Farah). We as women believe in the safety and upkeep of the ‘peace of mind’ theory of fellow women. Personal safety devices are a necessity for all. The idea is that one would possess personal safety at the grasp of their keys.

“We propose a small and sleek pepper spray and alarm system that is portable for you to take everywhere — the product could loop onto keys, belt loops, backpacks, purses, etc. This product is derived from the idea that you can be safe without publicizing you are actively ‘armed.’ You are to do all the things and live life to the fullest, and your safety is still intact — just kept to a hush.”

His executive summary explains his venture idea: “Farmers, Bee, Hemp offers the opportunity for farmers to keep honeybees and grow industrial hemp. They can also produce allergen specific honey to replace the need for regional honey. We will provide training and supplies that a current farmer would need to start keeping bees, producing allergen specific honey, and grow industrial hemp. Farmers can sell us back the raw materials from the honeybees, such as honey, beeswax, pollen, and from the industrial hemp, such as whole stalk, and hemp seeds. New research suggest that bees and hemp have a symbiotic relationship through the bee’s attraction to the pollen of hemp. Both honey and hemp have a wide variety of uses and can be manufactured into many different products.”

According to their executive summary, “BPT (Buy, Play, Trade) is an app that is designed to tie gaming into the world of NFTs (non-fungible tokens). BPT is a game that allows user generated content in the form of NFTs to be the source of gameplay and strategy in the game. It is a simple mobile game where there are 50 players battling each other to see who can be the last one standing. Each player is equipped with their own NFT that they have either created or purchased within the NFT market or on our servers. Users can also trade NFTs with one another on the platform, and are all able to earn crypto currency by completing different objectives and placing in the top 5 on the leaderboard each game.”

Dr. Douglass Smith, director of the EEC committee, said, “Even though we continue to be challenged by the effects of the pandemic, our students have met the challenge to move forward and have brought the strongest set of ideas that the challenge has seen in recent memory.”

A big thank you to these individuals who donated their time and talents:

To learn more about the EEC: https://www.emporia.edu/school-business/centers-resources/resources/emporia-entrepreneur-challenge/

As a complement to the EEC, 10 individuals/teams participated in the Elevator Challenge on Feb. 23 where they presented a 27-second live pitch. Thank you to Rob Gilligan for judging this year’s Elevator Challenge.

The following Elevator Challenge winners each received $100, thanks to the sponsorship of the College of Liberal Arts & Sciences: