The university was founded in March of 1863 when the Kansas Legislature passed the enabling act to establish the Kansas State Normal School. Although founded in 1863, the first term did not begin until February 15, 1865.

The president of Kansas Normal School and its only teacher, Lyman Kellogg, taught 18 students on the second floor of the district school house. At the first commencement on June 28, 1867, Kellogg presented diplomas to Mary Jane Watson, a Civil War heroine and Judge Watson's daughter, and to Ellen Plumb, from Senator Plumb’s family. Kellogg saw to it that the Normal got off to an auspicious start before becoming a successful lawyer, honored judge, and Attorney General of Kansas.

For 19 years after its inception, KSN struggled not only with drought, but with depression, doubt, jealousy of location, and extreme lack of appropriations. By the time ESU’s fifth president, Albert R. Taylor, took charge, the school was in good condition with an enrollment of about 400, representing 43 Kansas counties and nine countries. Dr. Taylor took aggressive measures to increase enrollment, such as refunding transportation mileage to students who lived in excess of 100 miles away. By 1889, KSN had become the largest school in the state and the largest normal school in the country. The school was first accredited in 1898, the same year it graduated its first black students. That same year, the Spanish American War interrupted the course of the school year. Over 35 percent of the first three Kansas regiments were school teachers, many of them from Normal.

The name of the university has changed four times in response to the university’s growth and the increased advantages it provides to students and the citizens of Kansas. The school was founded as Kansas Normal School and later became Kansas State Teachers College (1923), Emporia Kansas State College (1974), and finally Emporia State University (1977).

Since its founding, ESU has improved the lives of students from Kansas, throughout the U.S., and around the world.

Take a listen to the ESU Fight Song as performed and recorded by the ESU Marching Hornets. And, when you’re on campus, listen twice a day to the fight song performed on the carillon (bells). 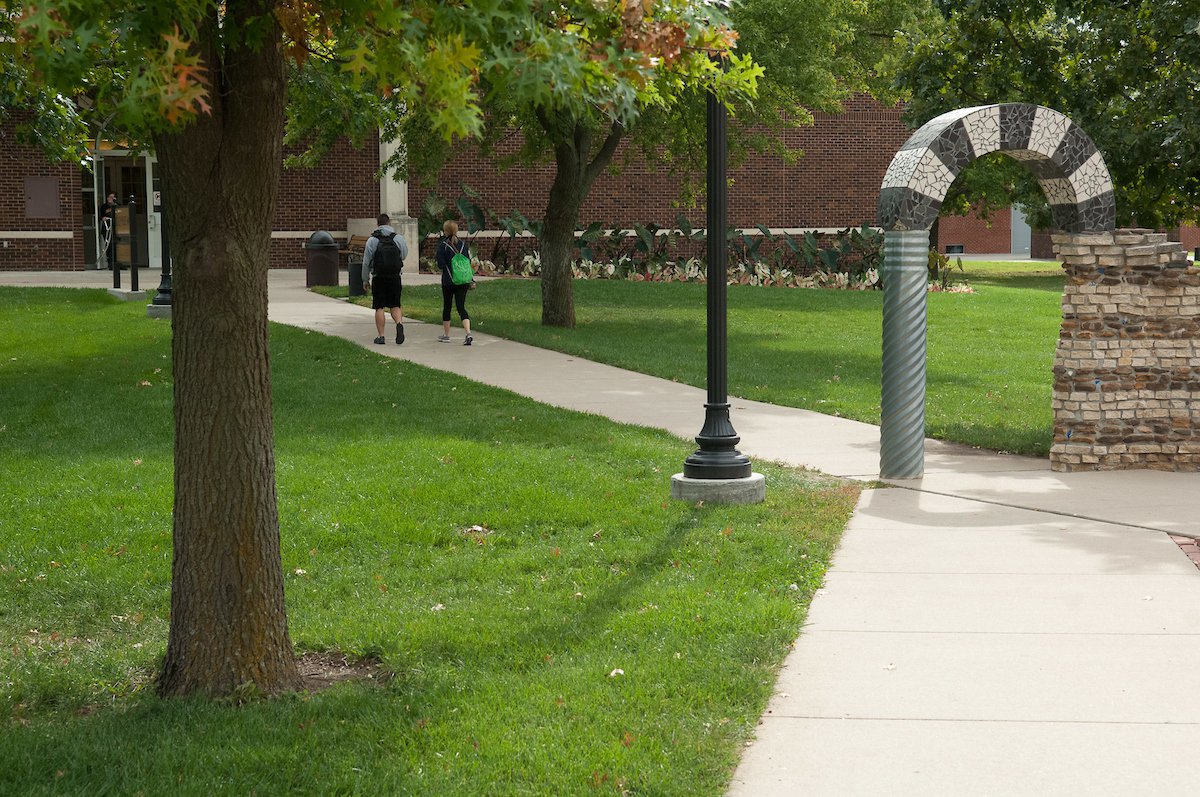 The arch between King Hall and Beach Music Hall was built in Spring 2002 by artist Richard Harrison and a team of Emporia State students. It was intended to be a three-dimensional link between the visual and performing art communities, and there are even some urban legends surrounding it that you can only learn about during one of our campus tours. 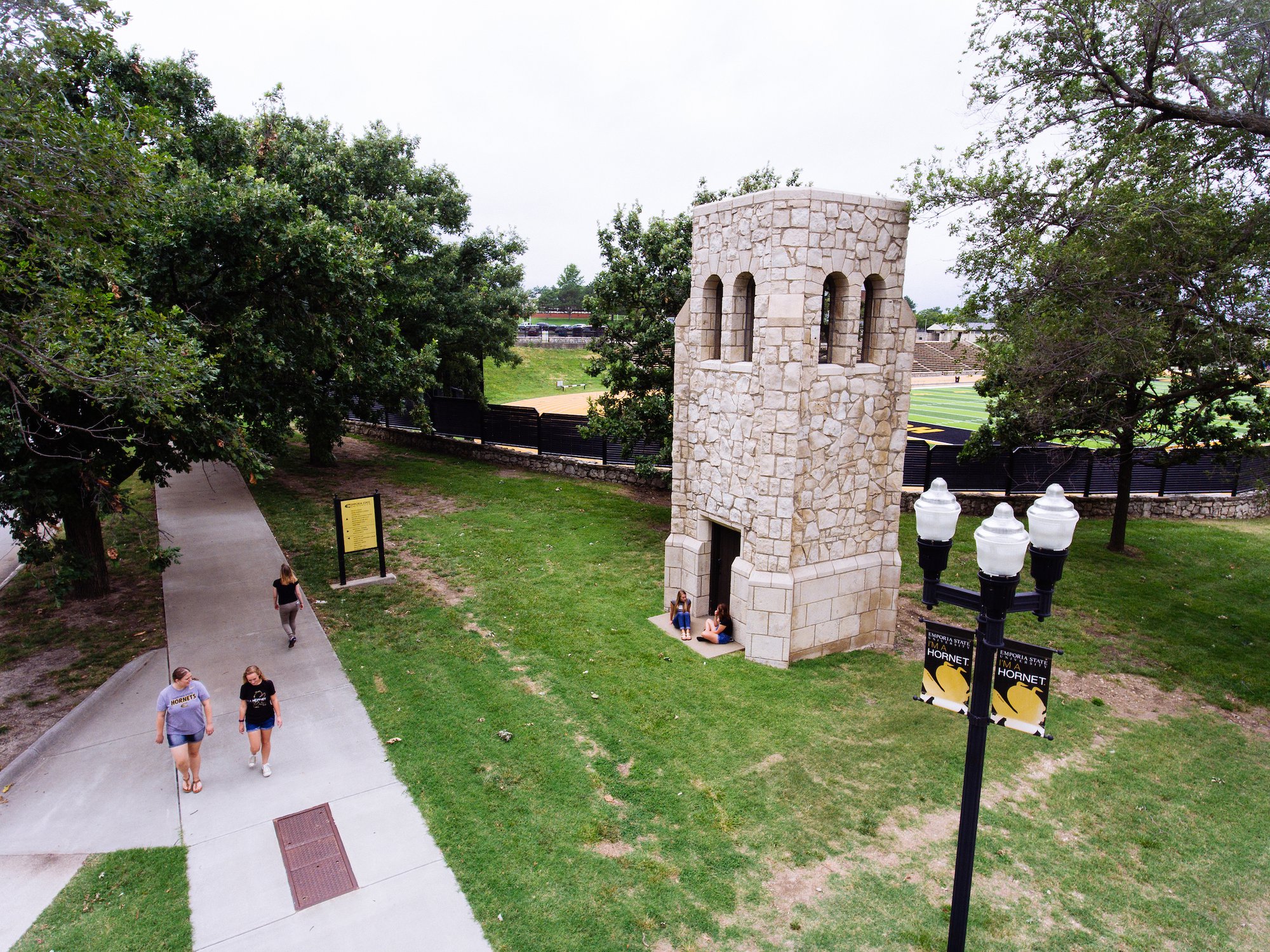 On February 15, 1939 the bell tower originally known as Old Joe, and now known as Silent Joe, was completed. The classes of 1937-38 and 1938-39 donated $2,000 for the construction. The 1,400-pound bell was cast in 1855 at Troy, N.Y, and was originally in the school administration building that was razed in 1917. It was used to call students to classes. The base of the tower is encased in a cement foundation approximately eight feet deep to protect it from seepage from Lake Wooster.

Many believed the 1939 football team was so talented that the bell would be worn out from being rung after each victory. After losing the first two games of the season, the bell was known as Silent Joe. The bell was rung May 8, 1945, to denote the World War II victory in Europe. In 2013, Silent Joe became the symbol of a capital campaign — Now & Forever — that used the tagline “Silent No More.” During the campaign and beyond, we at ESU stopped being silent about our accomplishments. We celebrated significant gifts to the campaign and other university accolades by ringing Silent Joe.