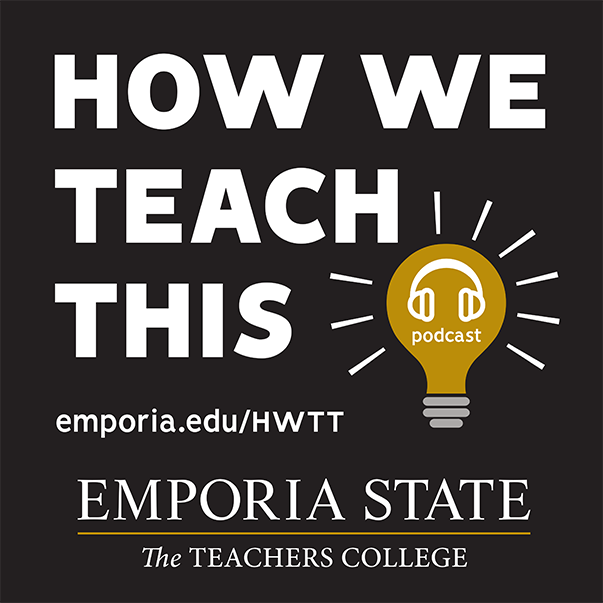 Just four months since it started, the How We Teach This podcast from The Teachers College at Emporia State is adding a second season and a second series.

“In our first season, we interviewed K-12 teachers and university professors about a variety of subjects,” said Kristy Duggan, the host and executive producer of the podcast. “With what we’re seeing with the ongoing pandemic and the increased need to understand and address emotions students are dealing with, we are focusing the second season on social-emotional learning.”

Duggan said the second season started on Aug. 18, featuring Tracie Chauvin, coordinator for social-emotional learning for Kansas City, Kansas, Public Schools. Other guests this season will include principals and superintendents from across the state and a roundtable discussion with first-year teachers.

“We were fortunate to have Dr. Ruby Payne, a well-known speaker and author about child trauma especially with children living in poverty, come to Emporia State recently and we were able to record an interview with her that will air soon,” Duggan said.

The podcast is available through Spotify, Apple Podcasts, Google Podcasts and other listening apps on which podcasts are available, as well as from its web site, www.emporia.edu/HWTT.

A second series will also be adding new episodes to the podcast this fall and be identified as How We Teach This: Higher Education Edition — Connecting with OER.

“OER — Open Education Resources — is an increasing demand in higher education over the years due to the rising textbook costs, which have increased over 800% in the last three decades,” said Bethanie O’Dell, co-host and producer of the series. “While focusing on OER from a college and university perspective, this podcast is meant for anyone interested in implementing OER in their classrooms.”

“As one of our guests on the series says, the nice thing about OER is you can customize content for courses, rather than use a general textbook that might not have the content to the depth the instructor was wanting to share with the students,” said O’Dell.

People wanting to contact the podcast producers can email HWTT@emporia.edu. New episodes will be available every week, alternating between HWTT’s second season and the Connecting with OER series.