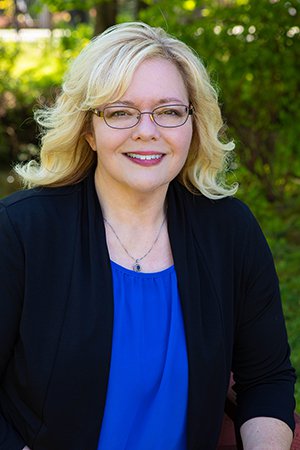 Paris received her Ph.D. in deaf education and deaf studies at Lamar University in 2012 and came to Emporia State in 2014. She has written, been awarded and directed four federal Rehabilitation Service Administration grants while at ESU. As a result of these grants, more than 70 students have obtained a graduate degree in Clinical Rehabilitation Counseling.

As the sole graduate advisor for 45 rehabilitation counseling graduate students, she works closely with them to ensure they are on track with graduation, enrolls them in their courses each semester and provides resources and support for individuals who are taking the Certified Rehabilitation Counselor exam, which represents the licensure for rehabilitation counseling professionals. In the past two years, the ESU graduate students have a 100% pass rate on the CRC for an examination that has an average of a national pass rate of 58% to 60%.

Through her consistent uses of innovative methods in her approach to course design, she often incorporates multimedia and extensive article resources to build the instructional material components of her courses. Two of her courses are built entirely of Open Educational Resources or materials she has extensively researched and incorporated into lecture materials.

Paris, an associate professor of counselor education, also consulted on the film “Being Michelle” about a deaf woman with autism who survived abuse and prison. In April, the film won the Audience Award for Best Documentary Feature at the Florida Film Festival.

Earlier this year, Paris was awarded The Teachers College’s Excellence in Service Award.