"I was a new father, on unemployment and on the verge of getting evicted ..." 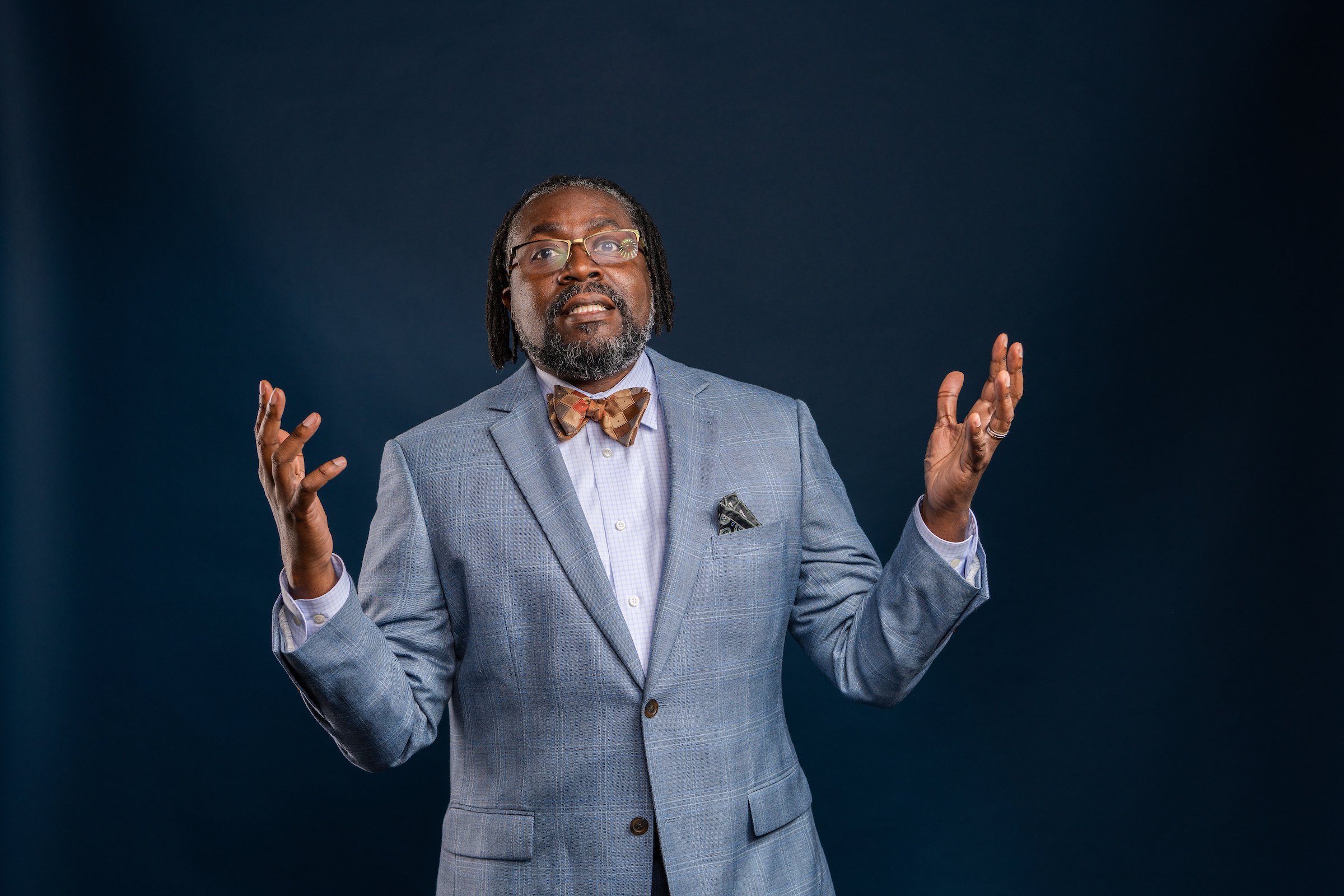 Dr. Douglass Smith relied on online graduate education to help him maintain a full-time career while learning the ins and outs of owning a small business. He now teaches graduate-level courses in the School of Business at Emporia State University.

Following graduation from the University of Michigan in 1990, Douglass Smith took a mix of corporate and entrepreneurial jobs for 15 years. During that time, he attempted a traditional, face-to-face Master of Business Administration degree, but time ran short, and that endeavor came to a quick halt.

“In 1994 I started pursuing an MBA, but quickly found out that I couldn’t handle working full-time, driving two hours for a three-hour class and then driving home to go back to work the next day, three times a week — I was in Chicago at the time — so I stopped altogether,” explained Smith.

He continued on the path he was on, opening his own small technology consulting business, Savant Technology Partners, along the way. In hopes of gaining better business acumen, Smith decided to try graduate school again.

“Around 2000, I began to realize that I wanted to go back to school. As a small business owner I began to understand what I didn't know and figured out quickly that the best way for me to test my assumptions and gain knowledge was going back to school. Luckily, technology had progressed to the point where I was able to join some of the first distance ed programs, and found out that I was a pretty good non-traditional learner. I learned very quickly how to use the classroom as my incubator and laboratory to look at cases that I encountered while I was an entrepreneur,” he said.

“In those early days, there were plenty of eyebrows raised when I decided to go to one of the first online MBA programs in the country … The biggest challenge was mastering the art of being a graduate student, a provider to my family and all the other responsibilities that were going on at the time. Life doesn't stop just because I decided to become a student again so I had to figure it out. Once I mastered how to be an adult learner, everything else was fairly simple to deal with.”

Although not easy, the MBA gave Smith a taste of the business knowledge that graduate school could provide him with, and he decided he wasn’t done yet.

“The decision to pursue a master’s degree in project management was easy. Up to that point I had been managing technology projects, and I ended taking electives in it. Once I finished the MBA I found out that I was a stone’s throw away from earning a, MPM, so it just made sense. I received my MBA in the summer of 2003 and finished the MPM in October of the same year,” Smith said. “My choice of pursuing both a MBA and MPM has had huge implications on my worldview as a business owner. Both degrees have changed my outlook on how to plan, analyze, organize and operationalize activities. I can truly say it's been a great change to see how different the outcomes are when I am able to apply the things I learned from my degree programs.”

He continued the graduate school route through a Ph.D. program thanks to the capabilities of distance education. During his Ph.D., the internet boom had gone bust, and Smith shut down Savant Technology Partners. Following this, employment became difficult.

“As I walked away from it, I knew I had to find something else to generate income. At the time I was feeling pretty good about that, and it was my desire to stay in Chicago. I never had any issues before then moving from one opportunity to another. However, I started having issues. ... I went from interviewing for positions that I was supremely qualified for to interviewing for positions where I was eminently overqualified for, to not having any opportunities at all,” he said. “During all that time I never thought for once that I’d ever be teaching full-time.”

Smith was now a new father on unemployment and on the verge of getting evicted while continuing with his doctoral studies.

“The summer before 9/11 I thought I'd reached the end of my rope. I was laying on my bed almost in tears, and I said, ‘Okay God, I get it, I can't do this by myself. Help me. If you help me, I'll go wherever you want me to go, do whatever you want me to do, say whatever you want me to say.’ And that was that. I didn't really think much of that declaration, but not more than a week later, I received a phone call from a headhunter saying they had my resume. I have no idea how they got it, and I don't remember sending it to them. They told me they had a firm in Topeka, Kansas, that was looking for a project manager for an ERP project. We did a phone interview, and the next thing I knew I was in Topeka,” said Smith. “The project ended abruptly and I was looking for another job. That's when I started working for the Kansas Department of Agriculture as their Chief Information Officer. Budget cuts happened and that's when the opportunity for me to teach happened.”

Smith came across an ad for a part-time instructor position at Ottawa University teaching information technology courses. He applied, got the job and has been in academia ever since.

“I was hooked and found something I really enjoy doing just as much as being an entrepreneur. It wasn't a hard transition as I had conducted technology seminars and trainings in the past while in Chicago. What I did at Ottawa and since then is simply an extension of the skill set that I used while I was in industry.”

Smith now serves as a faculty member within Emporia State University’s School of Business, teaching both undergraduate and graduate coursework.