"It has been the best, hardest, most rewarding and most stressful thing that I have ever done." 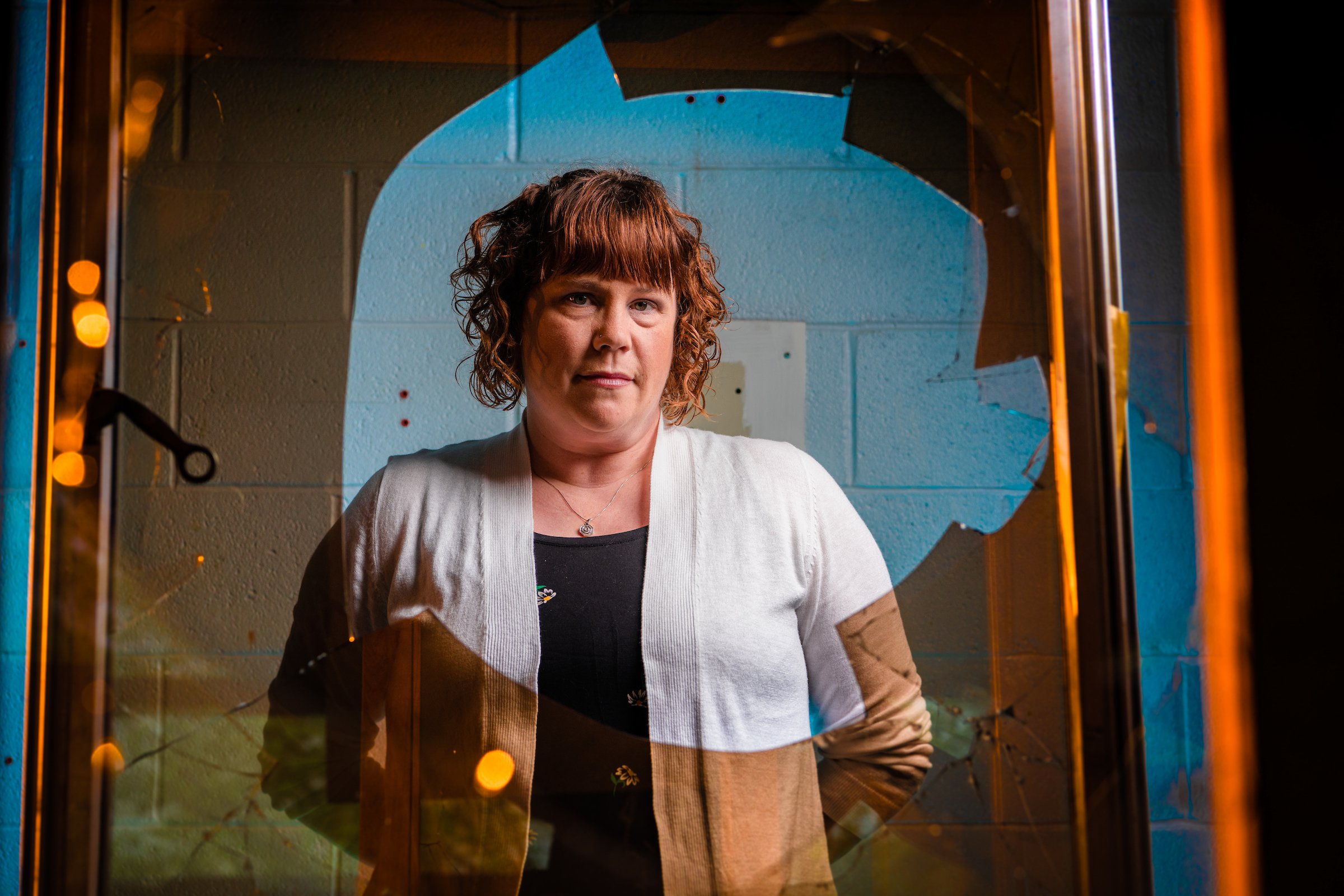 Melissa Bailey had an interest in criminology and forensic science since her early college days. She followed that path, and has since developed the Forensic Science master's program at Emporia State University .

Melissa Bailey intended to pursue pre-med in college. Because of high school course requirements, she had to complete a chemistry class and an anatomy and physiology class in order to take that next step.

“I was bored to tears in A&P and loved chemistry, so I decided that I wanted to be a college professor and majored in chemistry,” said Bailey.

The difference that those two high school courses made shifted her entire collegiate and professional career. Bailey decided to enroll in an undergraduate chemistry program at Florida State University.

“In 1996, in organic chem, I was ready to change my major (organic chem and I don’t get along). I called the Criminology Department to ask if there was someone I could talk to about careers in criminal justice, and I met my undergrad mentor, a former forensic scientist,” she explained. “He told me to stay in chemistry, advised me to take biology classes, too, and supervised my research.”

She followed her mentor’s advice and completed her degree. This mentor had not limited his advice to her undergraduate degree, though. Seeing where her interests were, he recommended she look into the Master of Science in Forensic Science at John Jay College of Criminal Justice/The City University of New York. She did so and became intrigued to the point of enrollment.

Bailey completed her thesis research studying fabric damage from contact gunshots under the supervision of her major advisor Dr. Peter De Forest, one of the true founding fathers of modern criminalistics. During this time, she discovered her passion for teaching.

In 2000, she completed her program and pursued an applied career within the forensic science realm. What began as a toxicologist position dealing with breath alcohol testing for the Alabama Department of Forensic Sciences led to a position in Birmingham in a traditional toxicology lab that focused on both performance (DUI, drug-facilitated sexual assault), and postmortem toxicology.

“I had been thinking about teaching for quite some time, but I felt very guilty about wanting to leave my job as a forensic scientist,” said Bailey. “I was having a conversation with a friend one day and mentioned that I had 27 years and 3 months until I could retire. That friend turned and said that if I knew down to the month when I could retire that far in advance that I was not in the right career. It helped me to realize that I wasn't being selfish for wanting to pursue something that I felt so passionate about.

Soon thereafter, Bailey applied to the University of Alabama’s master’s program in secondary science education to pursue a teaching career.

“As part of this master’s program, I had to choose two specialty areas, and I chose biology and chemistry. I took Embryology as my biology course for the first semester of graduate school, met my future major professor, fell in love with development, and the rest is history. I switched to the Ph.D. program in biology within the first six weeks of the fall semester and began the Ph.D. program that spring,” explained Bailey.

“Quitting my job at ADFS to go back to school was not something that I took lightly. At first, I felt like something was wrong with me — why was I quitting a job that everyone seemed to want? Was it selfish to change our family’s finances this way? But after I started working on my Ph.D., I had the answers to these questions. They motivated me to give 110% to my studies. Getting my Ph.D. became my job.”

During her time in graduate school, Bailey took on a number of tasks that were not required for graduation, including being a laboratory lecturer for human anatomy and physiology where she taught 450 students each semester, and serving as the laboratory coordinator. As she was looking for full-time positions in preparation for completion of her doctorate, she stumbled across an opening for a professor within the biology department at ESU and applied.

“Those experiences in graduate school made it possible for me to get my job at ESU. I fell in love with ESU during my interview and have felt very fortunate to work here. I love the campus, the students and the climate here. I’m fortunate to count my colleagues among my friends. Emporia is a fantastic town, and it’s been a great place to have a family.”

At the age of 32, Bailey became the college professor she aspired to be at the age of 16. Ironically, Bailey was initially hired on at ESU to teach anatomy and physiology — an area she learned to love through her time in graduate school. She still felt a pull toward forensic science, though, and ended up becoming the creator of the Master of Science in Forensic Science degree at Emporia State.

“Several years ago, a conversation between my department chair and I in a hallway led to the creation of the MSFS program at ESU. I never thought that I would go back into forensic science,” explained Bailey. “It has been the best, hardest, most rewarding and most stressful thing that I have ever done. Because of it, I have met countless people that I wouldn’t have otherwise. I have made connections with all of the major crime labs in Kansas and the Kansas City Metro area, and several other agencies. Having these connections has benefited our students. I think it’s been a stunning example of my life and education coming full circle. It’s something that I never expected to happen, but it shows you what can happen if you don’t burn bridges and you embrace new opportunities.”

The development of the program, which happens to be the only one of its kind in the state, was not an easy path.

“Creating and starting the forensic science program has been one thousand times harder than I ever thought it would be, in ways I never imagined. The things that I thought would be hard weren’t as bad, and situations I’d never experienced before were worse than anything I would have dreamed of,” said Bailey. “I struggle constantly with feeling like there’s not enough of me to go around, either personally or professionally”

“Over the past four years, I’ve learned to tone down my to-do lists, I’ve gotten better at prioritizing, and I’ve gotten better at realizing that no one has ever died of an academic emergency. ... The biggest thing, though, is that I am unimaginably proud of the program and of the students. For as much stress as it’s been, the highs have also been higher. When I hear that someone got an internship or their dream job, I’m as excited as they are. It’s been a really rewarding experience.”