"I had one mentor tell me there wasn’t enough whiskey in the world for me to make it as a school librarian." 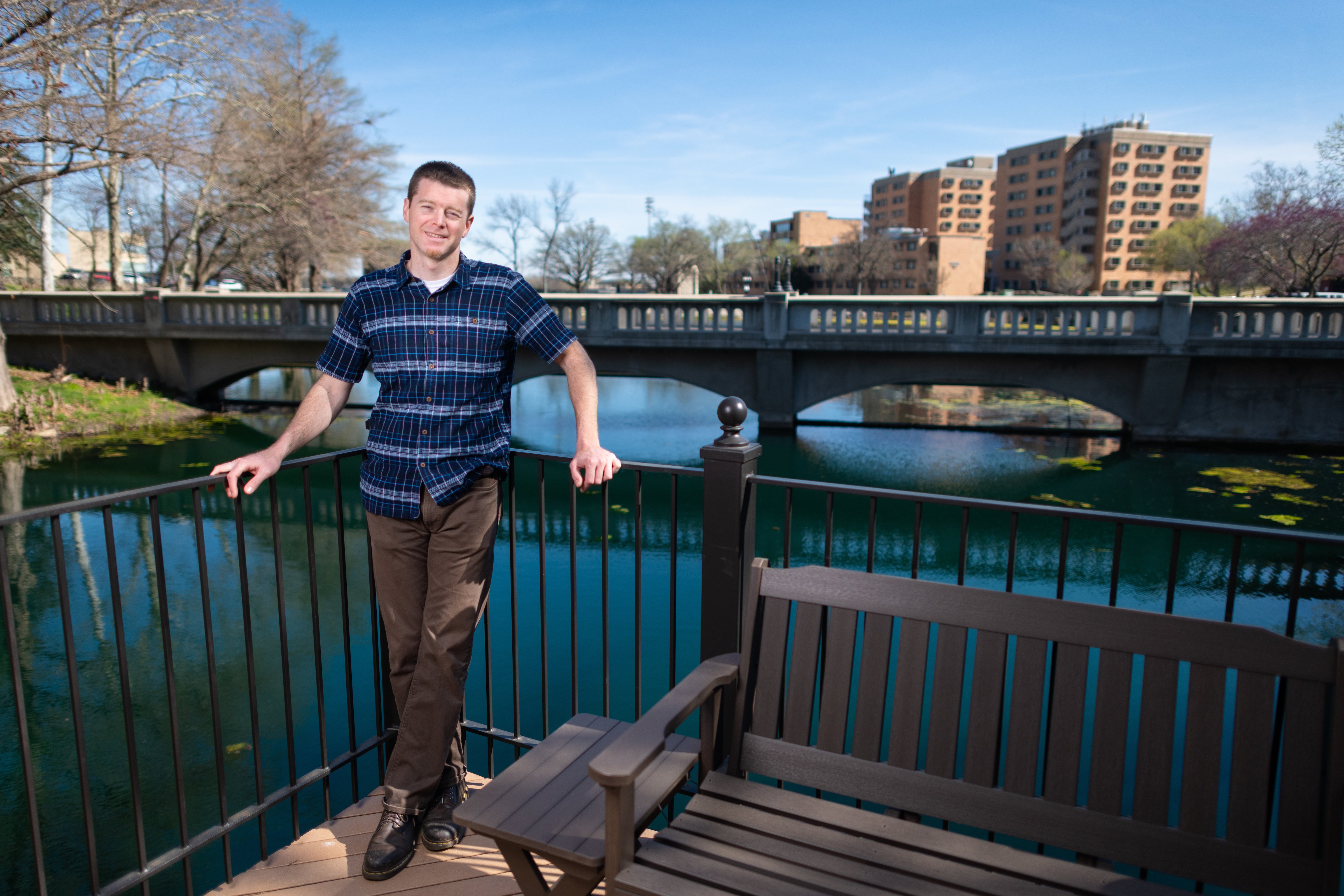 After teaching abroad, Dr. Michael Widdersheim returned to the States unsure of his next steps. He later pursued library sciences, and now teaches graduate courses through the School of Library and Information Management.

“I was a philosophy major, and at the end of my undergraduate degree, I didn’t really have a specific job in mind. I graduated, and one of my mentors suggested that I work abroad in Japan. I had taken a couple semesters of Japanese, so I applied to the Japan Exchange and Teaching Program and was accepted,” said Michael Widdersheim, faculty member in the School of Library and Information Management. “I worked abroad for what ended up being five years.”

The JET program was a great stepping stone and helped Widdersheim to hone in on his passion. He decided to return to the States to pursue teaching and librarianship.

“This was something that had kind of been in my head for a while since my undergraduate days, although I never really articulated it,” he said. “Looking back, I describe it as a calling.”

As a Pennsylvania native, Widdersheim applied to school library graduate programs nearest his home. He narrowed down the search to Clarion University, a university offering a graduate program that not only provided him a master’s degree in his field of interest, but also allowed him to become a licensed teacher.

“So I started this master’s program,” said Widdersheim. “By that time, I was a nontraditional student in undergraduate courses again with other pre-service teachers. It was great. At that time, it was still a face-to-face type of program without online courses, so I was able to interact with other students in the program.”

During his master’s career, Widdersheim struggled to make ends meet.

“I did have a graduate assistantship while at Clarion that provided minimum wage. I was also working as a librarian at a local public library … In addition to those, I was also a writing consultant for the writing lab, shoveling snow on the side and helping Clarion University with their online orientation for their students,” he explained. “Just making enough money to get by during that master’s program was difficult. With four jobs, I was still at poverty level.”

Although Widdersheim enjoyed the learning aspect that his master’s brought, he did not enjoy the environment that this degree required him to work in.

“The teaching part was not so great for me. I did not really fit in the K-12 school environment. At the time I had another mentor who said, ‘You don’t belong in the school environment. You’re not going to make it as a school librarian. There’s not enough whiskey in the world for you to make it as a school librarian, so you should probably consider going on to get your Ph.D. somewhere.’”

A doctorate was something that Widdersheim had not previously considered, but the idea of being able to teach and do research outside of the K-12 environment was appealing.

“I applied to a bunch of different Ph.D. programs. Some were focused on philosophy, some on education and others were focused on library science,” he said. “In the end, I went to the school that was relatively close and gave me the most money. I also felt a strong connection to my faculty advisor during the interview.”

Widdersheim began his doctorate at the University of Pittsburgh in Pittsburgh, Pennsylvania, and completed the program in 2017, upon which he was hired at ESU.

He has found that no matter how trying the journey was, the experiences it brought along the way are invaluable.

“No matter where you go, what job you have or how much money you make, education will always give you an intellectual achievement — the realizations and the learning — that can never be taken away.”