"I was a stay at home mom with two children, working part-time and completing my degree." 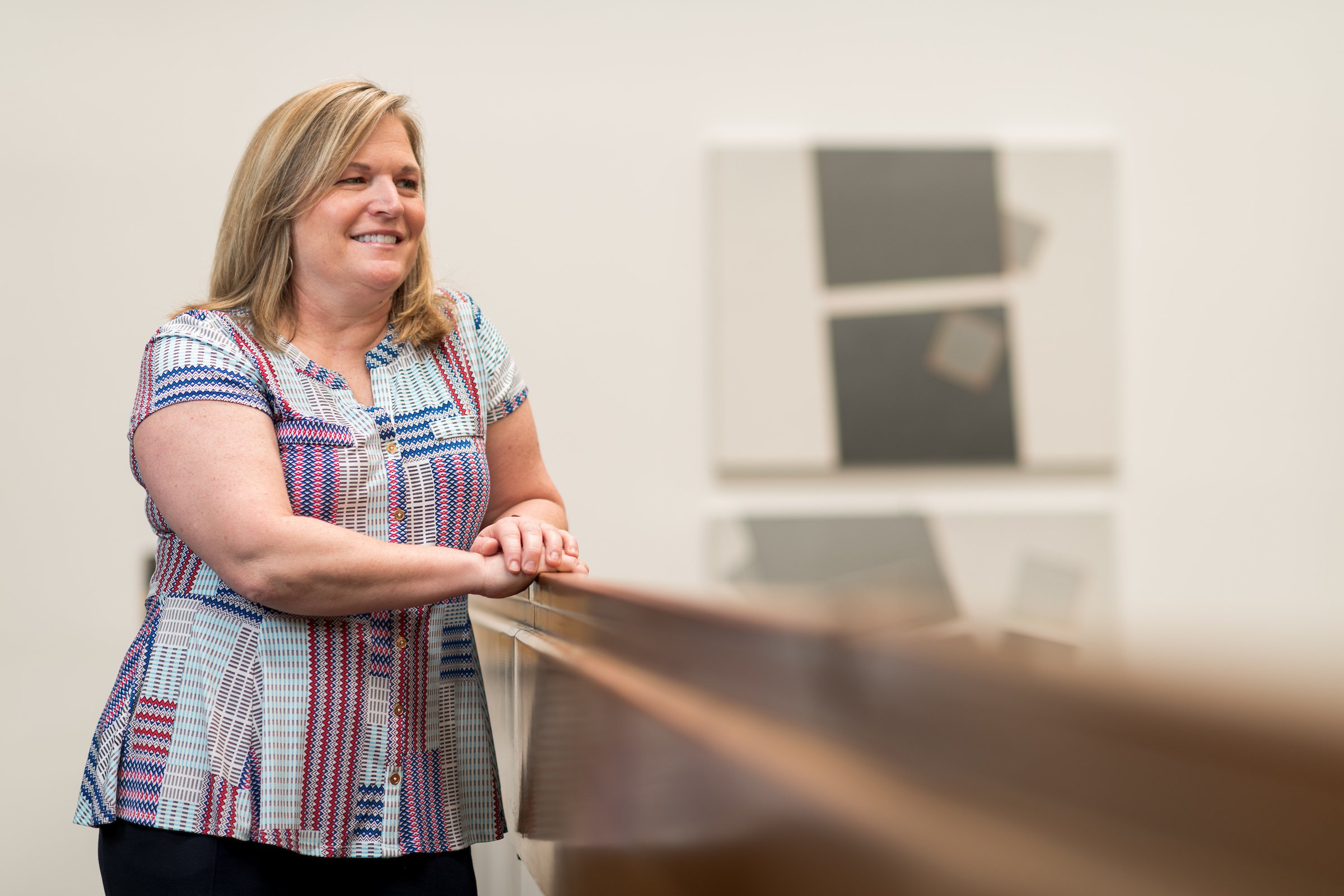 From coach to mom, professor, and now Dean of The Teachers College, Dr. Joan Brewer has held a number of titles over the years.

For Joan Brewer, college was never really a question. As a high-performing student during her time in K-12, Brewer was prepared for the next step and had even pinpointed her major: education.

“I cried when I told my dad I wanted to teach—because I knew I would likely be broke forever. He told me money wasn’t everything,” said Brewer. “I have never regretted going into education.”

Upon graduation from a small high school, Brewer wanted to enter into a similar environment as where she just left, so decided to begin with a community college.

“I had gone to a very small HS (I had 17 in my graduating class), so the community college was a good fit for me. I really enjoyed it and had a lot of opportunities to be involved in things. I always knew I would still go on to a four-year institution even though I started with a community college,” she said.

After completion of her associate’s degree, Brewer transferred to Emporia State thanks to the well-known Teachers College. She enjoyed the field and had faculty and advisors that encouraged her along the way, leading to an unexpected next step.

“Pursuing a masters degree was not initially part of the plan when I started my undergraduate degree; however, I had great mentors who encouraged me to continue,” explained Brewer.

The combination of the encouragement, her inherent drive, and an understanding of requirements to become a professor all led her to begin graduate-level coursework in Health, Physical Education, and Recreation following completion of her bachelor’s degree. Life was not dull during this time for Brewer; she got married, taught, and coached at a local high school all while working toward her master’s, later serving as a graduate assistant while teaching group fitness classes at a local facility.

“There was a great deal of balance as I coached two sports. It was crazy -- early morning and late nights,” said Brewer. “The last year of my master’s I was a graduate assistant but had another job as well. Again, it was a busy time and required lots of time management.”

After completing her master’s, Brewer began teaching and coaching at a small private college. Two years in, she began pursuing her doctorate in curriculum and instruction and educational technology, a degree she needed to obtain to be able to gain professor status.

“With my doctorate, I had two small children (6 months and 1 ½ years) when I started and was teaching full time at a small private college. In the middle of my program, my family relocated due to a job change. This allowed me to teach part-time and continue work on my dissertation,” Brewer said. “During this time, I was a stay at home mom with two children, working part-time and completing my degree. I completed my degree by the time my kids were 4 and 6.”

With the doctorate completed, Brewer was now able to gain professor status. In 2001, she applied, interviewed, and accepted a full-time position at Emporia State University.

“At that time, I was commuting from Topeka. I commuted for 7 years before moving to Emporia. During that time, I became a single parent to an 8 and 10 year old. Having my degree and a good job allowed me to continue to provide for my children,” said Brewer. “Since obtaining my doctorate, I have had many opportunities, including publishing , presenting, serving in administration, teaching/working with amazing students and colleagues, travel, and serving others. Most recently, I am working on a project with the United States Triathlon Association. It has been an incredible journey!”