"I saw a college education as a way out of poverty." 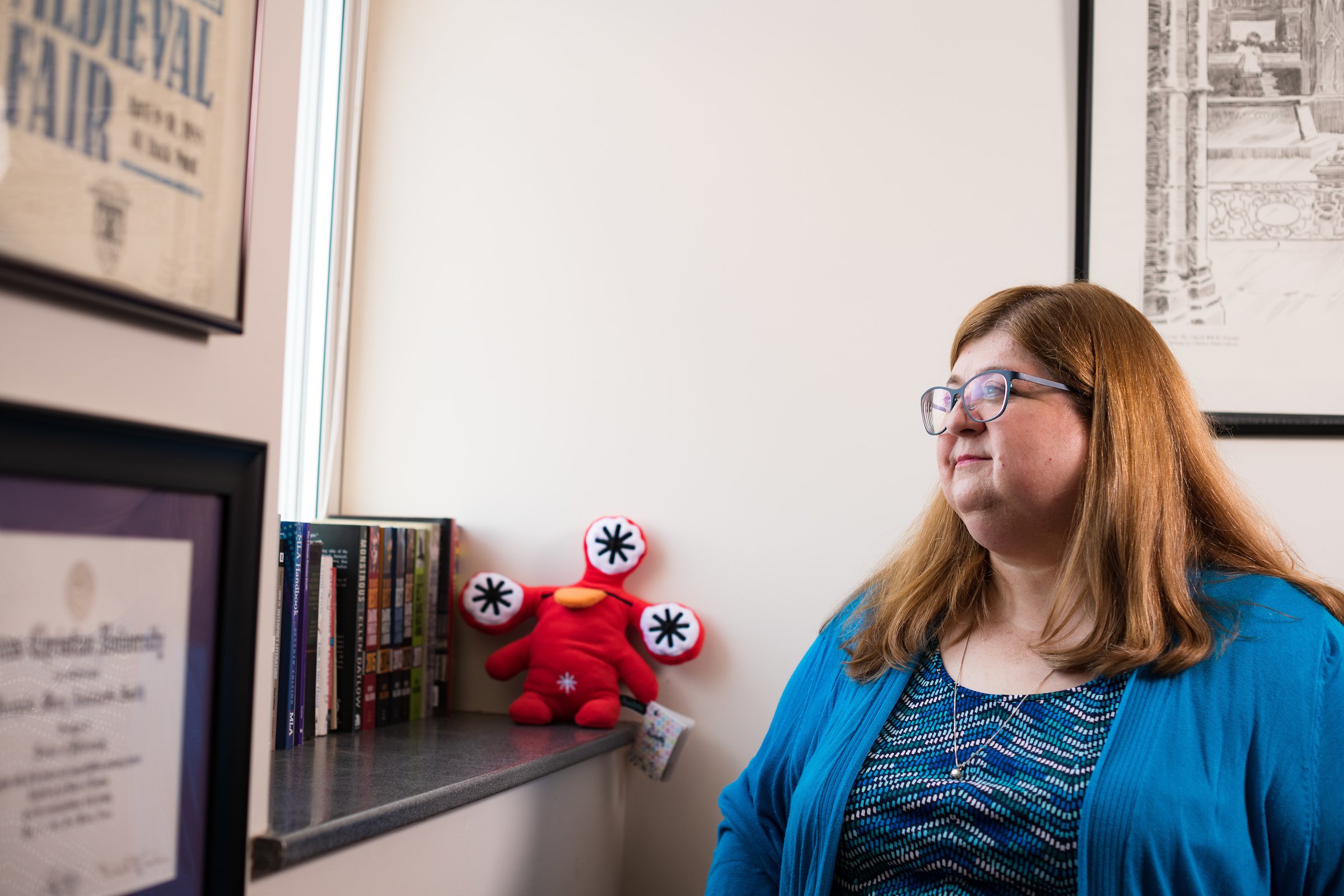 Dr. Rachelle Smith left the poverty her family experienced in Detroit to pursue higher education, tirelessly working side jobs along the way to make ends meet while providing for her sister. She now serves as graduate faculty in the department of English, Modern Languages, and Journalism at Emporia State University.

“I’m a first-generation college graduate from a blue-collar family from inner-city Detroit. Growing up, I went to predominantly black schools. At age 12, my dad became disabled and my family went through tough financial times. We became some of the poorest folk in an already impoverished neighborhood.”

Rachelle Smith came from a struggling family in a struggling neighborhood. As a freshman at Redford High School in Detroit, Michigan, she experienced firsthand the results of the 1974 U.S. Supreme Court ruling against the state’s plan to integrate public schools in Detroit metro area. Racial tension was increasing in an environment where Smith was the minority.

Smith initially enrolled in her first college courses at Central Michigan University in 1978, and struggled with determining the best major initially.

“I saw a college education as a way out of poverty. I wanted to help myself and my family,” said Smith. “I have always loved English; I love to both read and write. But when I started my undergraduate degree, many people advised me to choose a more practical major, something with which I could get a good-paying job. Like most freshman, I was uncertain which major to choose. I wanted to become a social worker, but my professor in my Sociology 101 course was blunt with our class and said, ‘Social workers burn out fast because they have no power except what the state allows, which constantly changes and is always inadequate.’

“I chose accounting because it was then one of the highest-paying jobs one could get with a bachelor’s degree. I did pretty well considering I suck at math! In fact, I was only one out of three students in Intermediate Accounting that got the correct bottom line figure after doing all of the financial statements for our hypothetical company. I would probably have continued in accounting if I hadn’t had to have major surgery for what turned out, thankfully, to be a benign tumor.

“I was young and I sort of freaked out — I didn’t know anybody my age that had to have major surgery! One of the nurses who took care of me gave me great advice: ‘Choose a career where you enjoy what you do on a daily basis, otherwise you’ll be miserable no matter how much money you make.’ When I went back the next semester, I changed my major to English and never regretted it.”

Although she loved her degree field at the school, employment was hard to come by, which was largely due to the state’s poor economy.

“I qualified for a federal work study job at the university, but the financial aid officer I spoke to told me she had no jobs available; she said, ‘I don’t even have a broom for you to lean on,’” said Smith.

As a result, Smith sought work where it was more available: Oklahoma. Thanks to the booming oil industry, the state economy in Oklahoma offered quick employment.

“I eventually transferred to the University of Oklahoma, working full-time in the evenings at the local hospital in order to afford college. Life became much more complicated when my youngest sister had to withdraw from school in Detroit due to how violent and dangerous schools had become, and came to live with me in Norman. It was a tough decision for my parents, but the right one we all believed,” explained Smith. “I therefore wound up at age 23 raising my sister, Patty, from age 13 to adulthood. My parents helped as much as they could, but I had to keep working to support the two of us.”

Smith juggled a full load as she cared for her sister, attended classes and worked to provide for the two of them.Throughout completion of her bachelor’s degree, Smith worked at a local hospital as a central supply technician.

“I got a lot of help along the way through financial aid and the support of faculty, staff and other students. It wasn’t easy, but it was possible,” said Smith. “I was determined to finish my undergraduate degree, but it took me the best part of 10 years to earn my BA in English since I couldn’t attend full-time.”

Even so, Smith persevered for the sake of ensuring employment later in life.

“When I graduated with my BA in English, it seemed the best thing I could do was continue at OU working on an MA in English. Patty was in high school, I still worked at the hospital, and I knew my BA in English wasn’t enough to get a good-paying job without a teaching certificate, and I didn’t think I had the patience to work with kids. Raising my teenage sister when I was in my early 20s probably had something to do with it!

“By the time I finished my MA, Patty had graduated and had moved out to Arizona with a friend, and I was recruited by a professor at Texas Christian University to enter their doctoral program in English with a Rhetoric and Composition concentration. I jumped at the chance, finished my Ph.D. and was hired by Emporia State right out of graduate school. Patty followed me to Emporia and wound up attending ESU. She earned a BS and MS in library science and has worked as a librarian at the Topeka Public Library now for over 10 years,” said Smith.

“I often talk with my students about how a higher education means more than just training or certification for a good-paying job. My education — especially my graduate education — changed me as a person. It taught me how to critically assess the world, helping me to make sound choices for myself and my family.

“The world we live in today is very complicated and chaotic, seemingly driven by a corporate mentality where profit is king. Many of the choices I have made for my life run counter to what the larger culture advocates. I would not have had the strength — let alone the knowledge — to make those tough choices without the critical faculties I learned in graduate school. Interestingly, the lessons I learned on the streets of my neighborhood as a kid were confirmed by my graduate education.

“I didn’t expect my lack of confidence in police officers, social workers, and the clergy — well-meaning as most of them were — to be supported by the theories I studied about rhetoric and literacy. My graduate education helped me understand how power operates within such social institutions as law enforcement, family services, and the church. This helped me understand how those who work for these institutions often are themselves powerless to truly help those in the most desperate need, particularly children.”