"I decided to change the libraries..." 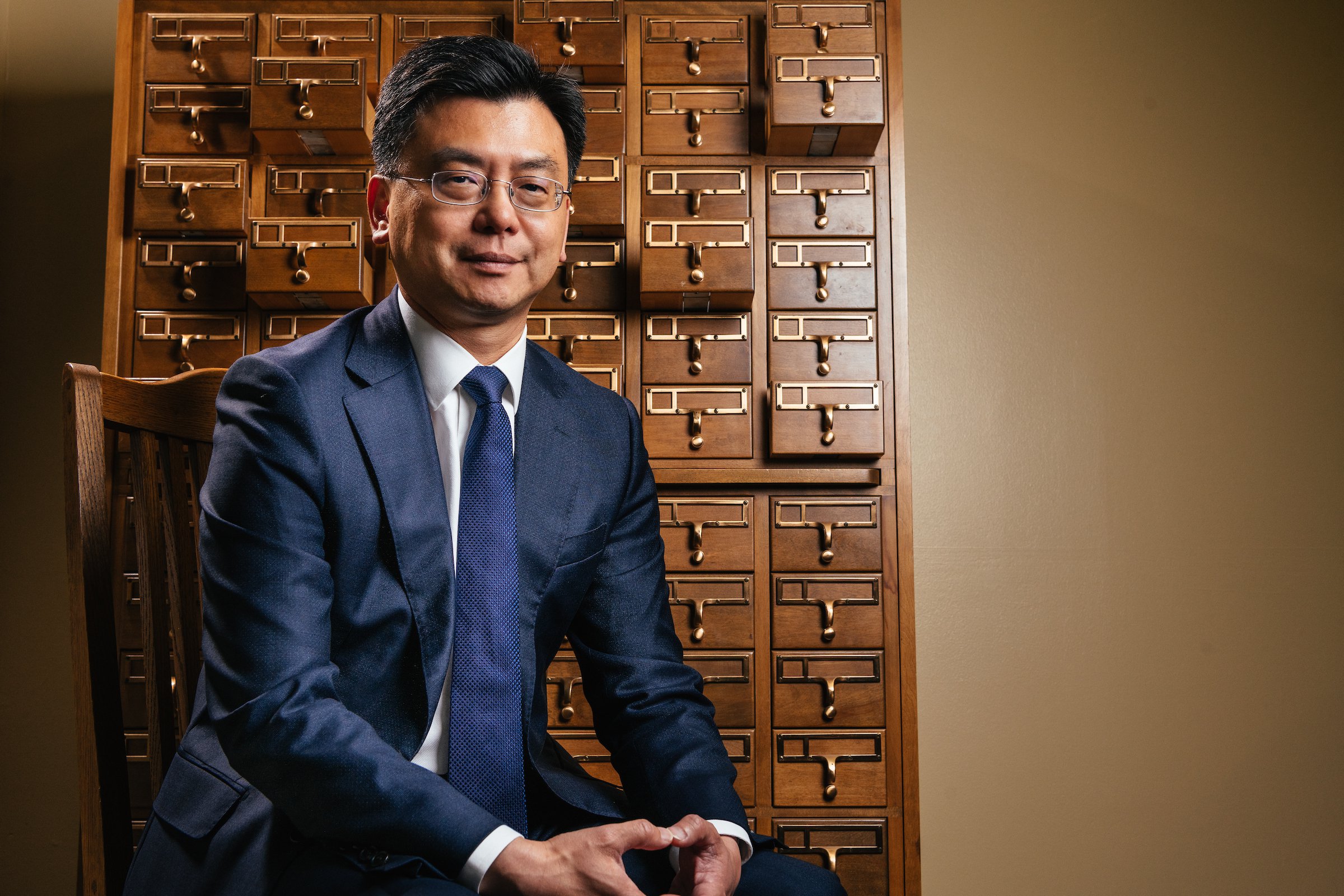 Dr. Wooseob Jeong went from an interest in medicine, then politics before diving into the realm of library sciences. He now serves as Dean of the School of Library and Information Management.

With a childhood dream of becoming a medical doctor, Wooseob Jeong had big plans. Thanks to some health issues, though, his high school years in South Korea were affected, as were his career plans.

“I had to spend another year in high school because my hernia surgery went wrong and I had to be in hospitals for 6 months. My childhood dream was to become a medical doctor, but my stay in hospitals gave me a different thought. After my second senior year, I went to Seoul National University to pursue a degree in International Relations, hoping to be a diplomat,” said Jeong.

“Initially, I wanted to become an ambassador to China, with which South Korea just made an official relationship early 90’s, ” he said.

Following completion of his undergraduate degree, he wanted to study a bit more about the diplomatic history of Korea, so he enrolled in a master’s program in International Relations.

While working on his master’s thesis, Jeong was dependent on information he was trying to obtain from several libraries, yet found some unexpected nuisances.

“When I wrote my master’s thesis about a historical and international incident in 1880s in Korea, I really got frustrated with libraries in Korea in various aspects including access and collection. The stacks were closed and certain collections are not accessible to master’s students at all,” said Jeong. “Then, I went to Japan to see some reference materials and my eyes were opened when I used National Diet Library, the Japanese equivalent to Library of Congress. All the materials were accessible to anybody including foreign visitors. After the experience, I decided to change the libraries and started to apply for library schools in the U.S.”

From there, set his eyes on improving library systems and decided to dive into the library science realm.

“After I obtained my MA in International Relations at Seoul National University, I went to University of North Carolina – Chapel Hill for my Master of Library and Information Science. Upon completion of my MLIS in 1997, I moved to Florida State University for my doctoral degree. I finished my PhD in 2001,” said Jeong. “I in fact did not return to Korea to change the libraries. Instead, I applied for a faculty position and started as an assistant professor at School of Information Studies at University of Wisconsin – Milwaukee.”

Jeong spent the next 15 years in Milwaukee, where he obtained tenure while serving as director for both undergraduate and graduate programs. From there, he became interim dean, which gave him a taste of life in academic administration.

“My long interim dean experience made me pursue an administration position and I applied when the SLIM dean position was open,” said Jeong, who now serves as the Dean of the School of Library and Information Management at Emporia State University.