"My high school guidance counselor actually laughed at me when I told her that I was considering the possibility of pursuing a college degree." 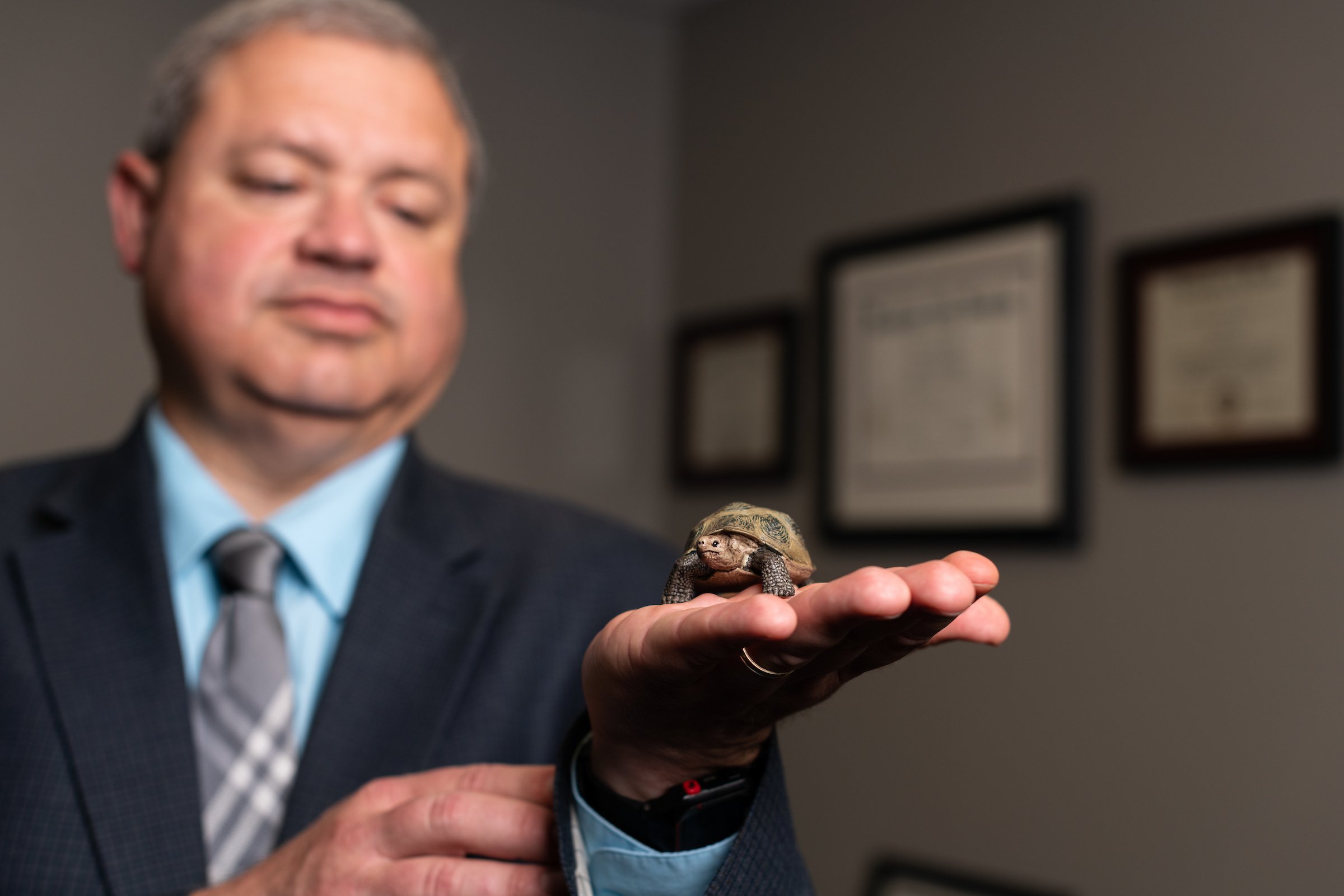 Dr. Brent Thomas proved his high school counselor wrong when he found his love for learning through his college biology department. He now serves as Dean of the College of Liberal Arts & Sciences at Emporia State University.

Brent Thomas didn’t originally plan on graduate school, or even college, for that matter.

“As a first-generation college student, an undergraduate degree was not even part of my original plan. In fact, my high school guidance counselor actually laughed at me when I told her that I was considering the possibility of pursuing a college degree,” said Thomas. “Fortunately, following the advice of adults was not necessarily one of my strengths at that age.”

Thomas disregarded the school counselor and proceeded toward higher education by applying to the University of the Ozarks in Clarksville, Arkansas, where he soon found an interest in biology.

“As an undergraduate, a faculty member provided me with an opportunity to conduct an undergraduate research project. I found the process of actually ‘doing science’ to be challenging but extremely satisfying and enjoyable. This led me to begin thinking about becoming a biology professor, a profession that would allow me to continue doing research and to share my passion for biology with others,” he explained.

Thomas completed the research while working two off-campus jobs: one as an associate at Walmart and another as a residential assistant in a dorm at a juvenile delinquent center. On-campus, Thomas was also fully immersed in work between the microbiology lab, the greenhouse and the gymnasium that he cleaned after basketball games.

“My life as a graduate student was financially challenging but my graduate student life was also very rewarding both personally and professionally. I learned so much from the faculty but I also learned a great deal from fellow graduate students,” Thomas said. “I believe that my master’s program was such an important time for me as a biologist. It was really the time that I believe that I mentally and emotionally began to think of myself as a professional biologist and colleague rather than just a student.”

While completing his master’s, Thomas served as a graduate teaching assistant as well as a graduate research assistant, leading him to conducting surveys of small mammals, reptiles and amphibians at several military bases in Missouri. During this time he also worked as a lifeguard at the local Boys and Girls Club and as a mover for North American Van Lines.

“After completing my master’s degree in 1993, I remained in Springfield for another two years and worked as an adjunct instructor at several local colleges and then had the opportunity to work as a wildlife biologist on a six-month temporary position with the Missouri Department of Conservation,” said Thomas.

With a developed love for biology, Thomas decided to continue on toward his doctorate.

“I began pursuit of my doctoral degree at Mississippi State University in Starkville, Mississippi, in August 1995. I was very fortunate to have been awarded a very competitive graduate fellowship that provided financial support throughout the year, even summers. I completed my Ph.D. in biology in May 1999.”

Thomas thoroughly enjoyed his studies — so much so that, had finances not been so tight, he would have stuck around.

“I have always said that if graduate school paid better that I would have never left,” he said.

To fulfill financial demands, Thomas moved on from graduate school to his first full-time academic position as an assistant professor of biology at the University of South Carolina Upstate in Spartanburg, South Carolina.

“Probably the most obvious change that occurred after completing my doctoral degree was that I was better off financially. For the first time in my life, I was able to purchase health insurance and buy a home.”

Thomas was soon promoted to associate professor, just before hearing about an opening a little closer to home.

“I saw the job advertised in the Chronicle of Higher Education. I was happy in my previous position but I was interested in getting closer to my family in Arkansas,” said Thomas. “Location was important but I was also looking for a position at an institution that first valued hands-on learning and student research experiences, and second, could provide me with the opportunity to supervise the research of master’s students.

“Unlike my previous institution, Emporia State had a quality master’s program in biology. In addition, the biology department had a long and impressive history of providing undergraduates with hands-on learning opportunities in the field and laboratory and opportunities to conduct student research.”

Thomas successfully pursued the faculty position with ESU, and now serves as dean of the College of Liberal Arts and Sciences.