"When my husband became chronically ill, we moved to Wichita where I supported our family while he recovered on an extended medical leave." 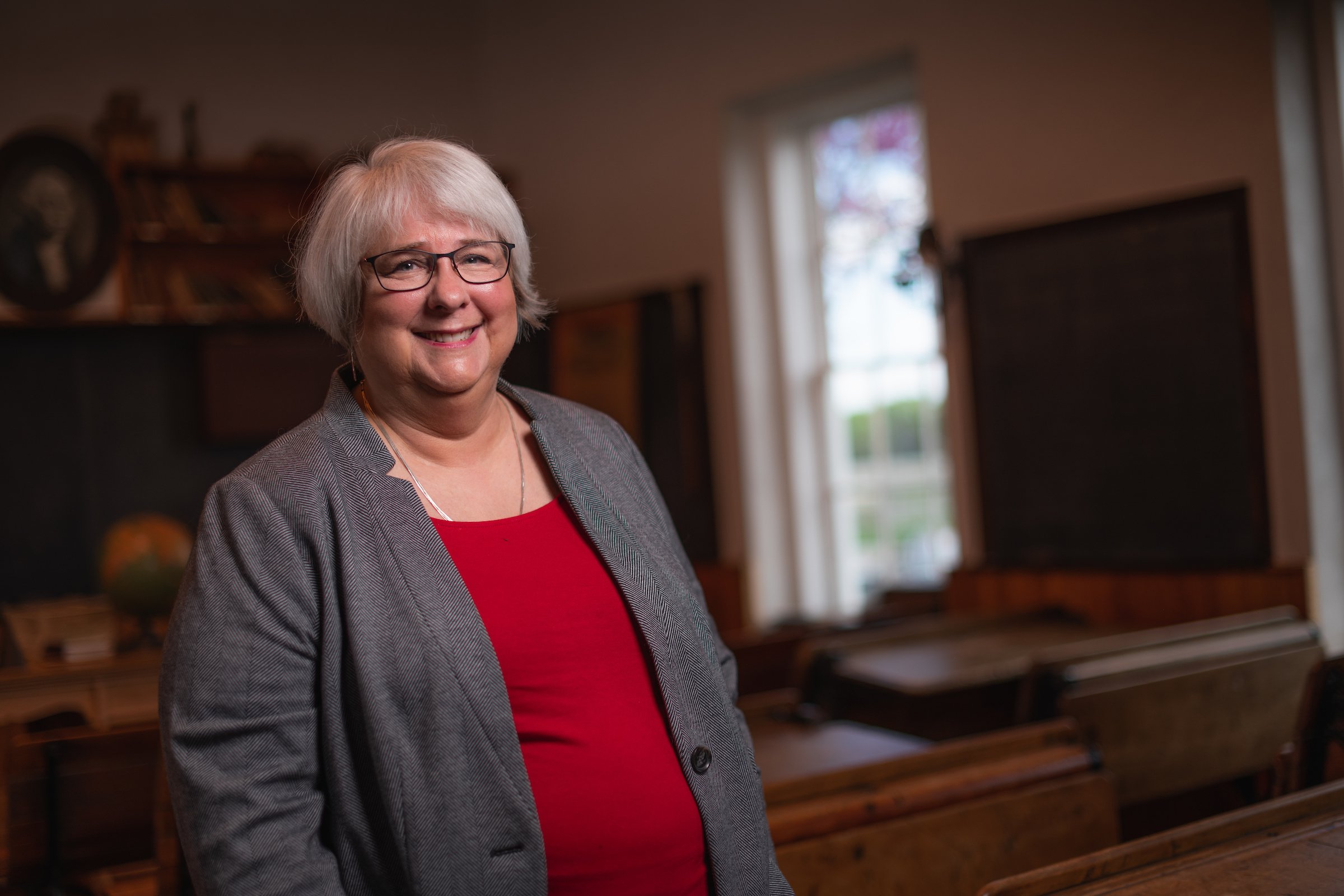 Connie Phelps took on many volunteer opportunities as a pastor's wife until her husband fell ill, upon which she turned to her graduate degree to provide for their family. She now serves as graduate faculty in the Department of Special Education at ESU.

Overseas mission work — that was the goal. Connie Phelps and her husband, Ron, had done everything they could to prepare. Between rigorous seminary training, graduate degrees in education, cross-cultural training and internships, and teaching experiences in both rural and urban settings, Phelps and her husband were ready to make the jump. Unbeknownst to them, though, life was about to pan out a bit differently.

“When my husband’s work company transferred to Louisiana, I volunteered teaching and leading in various ministries while I enjoyed mothering a newborn daughter,” Phelps explained.

Soon after, another move was required — this time to Nebraska.

“After that, my husband accepted a call to a small country church in rural Nebraska. I remained at home with my young daughter and continued volunteer work. I served on missionary committees, tutored local students and served on the national board of women’s ministries for my church denomination.”

Just after settling into this life in Nebraska, and after nine years as a stay-at-home-mom, yet another obstacle was presented to the Phelps family — one that not only required a new location and a new housing environment, but where roles within the home were drastically changed. Her husband was diagnosed with a recurring medical condition that resulted in scar tissue that caused debilitating chronic pain.

“When my husband became chronically ill, we moved to Wichita where I supported our family while he recovered on an extended medical leave,” she said.

The move to Wichita allowed them to live near advanced medical facilities and to transition from pastoral work in a rural community to secular employment within the public school system. Several shifts took place: her daughter entered a public school system in an urban setting, Phelps became the sole financial provider for her family, and they moved from a large rural parsonage to an urban two-story townhouse.

“The most difficult change impacted a predictable daily routine to driving my husband to the hospital or emergency room at a moment’s notice. Overnight hospital stays required packing for my young daughter and myself and essentially reorganizing my life. Because these stays occurred frequently, I learned how to adapt in positive rather than disruptive ways,” explained Phelps.

Thankfully, Phelps had completed two graduate degrees before this: both a master’s and doctoral degree in education to prepare her for teaching and mission work overseas. Although it wasn’t her original plan, those degrees actually helped her family to overcome this life-changing obstacle.

The move took place mid-year, but that didn’t change the need for an income for her family. Phelps substitute taught in 52 different schools in four school districts of varying sizes during this time, then taught summer enrichment camps before beginning a full-time position at Truesdell Middle School in USD 259.

Even with those two graduate degrees under her belt and a full-time job, she needed additional training to teach gifted students, so she enrolled in graduate school once again; this time, her application was to Emporia State’s Gifted Special Education program.

“We put our plans of missionary service on hold, and I pursued graduate studies at Emporia State University,” she said. This degree would qualify for her position as a gifted facilitator in USD 259 Wichita.

“My three graduate degrees served practical purposes to gain employment in K-12 schools and higher education. However, each degree also significantly increased quality of life by introducing me to new fields of study, advancing expertise and skills, and providing a personal sense of accomplishment. I qualified for higher paying employment that successively challenged and fulfilled achievement aspirations. In higher education, I combined personal and academic interests, primarily in gifted education, psychology, and French studies to conduct research, teach graduate students, and provide leadership in my field of study.”

Her interest and pursuit of French studies led to a scholarship award through Wichita State University’s French Department, which allowed her to study in France in 2003. While there, the dean of The Teachers College at Emporia State reached out to her about a full-time position in Gifted Education with ESU.

“The opportunity seemed perfect, and I began as director of gifted education and an assistant professor in the Psychology and Special Education Department.”

Concerns about her husband’s health continued, but the assurance of employment granted by her higher degrees remained.

Fifteen years later, she remains in her position at Emporia State, where she continues to lead the Master of Science degree and endorsement programs in Special Education with concentration in Gifted, Talented, and Creative.