"I spent 18 years in graduate school." 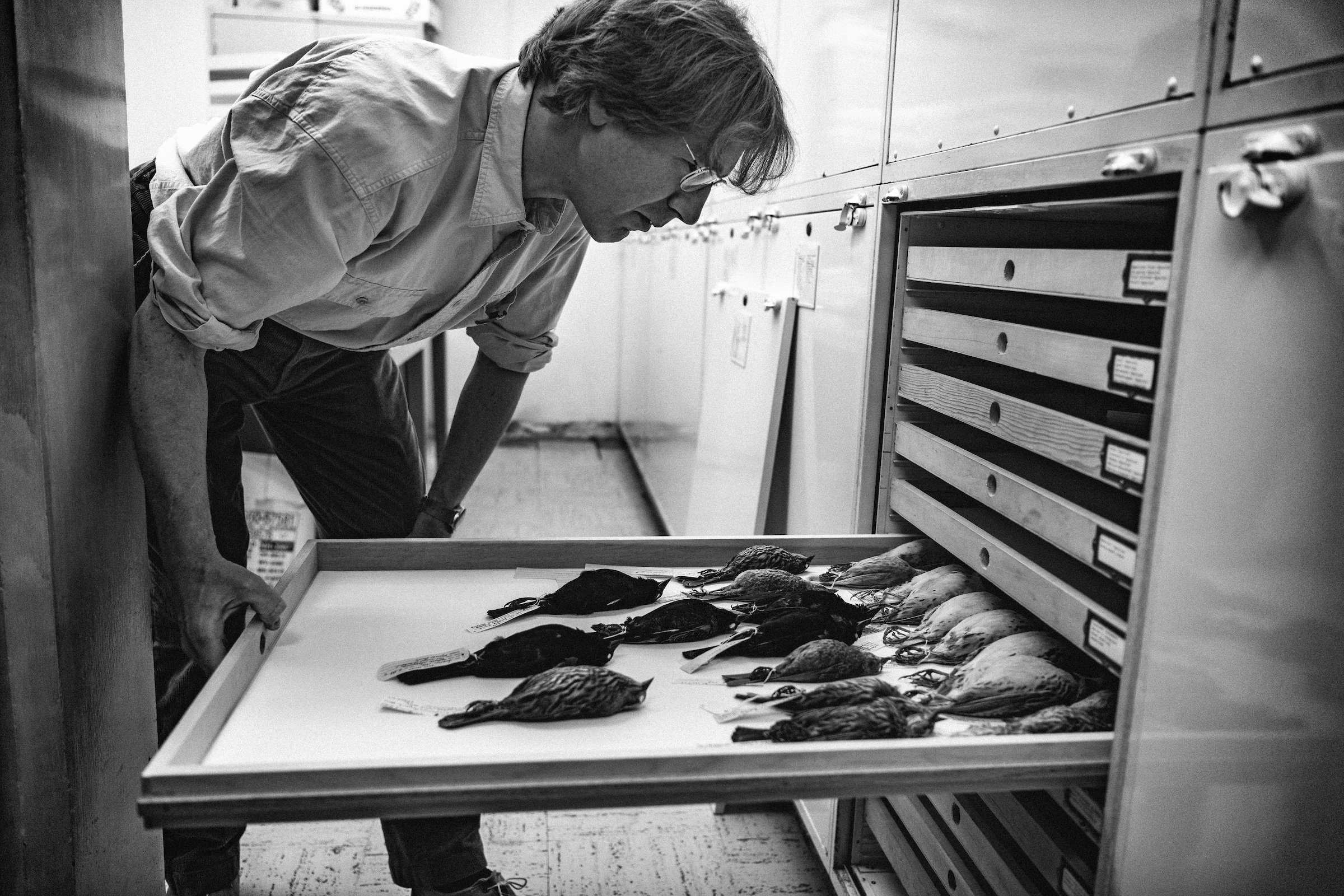 Pegged as a biologist from the beginning, Dr. Alexis Powell has dedicated his life to the field. He now serves as graduate faculty within the Biology Department at ESU.

“I’ve been biology-identified since before I can remember. My dad is a Ph.D. biologist who grew up on the farm near Lawrence and was a first-generation college student,” said Alexis Powell, a sixth-generation Kansan. “As my dad was finishing up his Ph.D., he realized that what he really wanted to be was an elementary school teacher. So I thought everybody just got a Ph.D. in whatever they were interested in and then decided what they wanted to do as a career afterwards. I didn’t realize that different careers had different requirements.”

Powell went straight to college at Grinnell, completed his undergraduate degree in biology then began a graduate program in philosophy of science at Indiana University, Bloomington.

“I left biology itself and decided to engage biological science differently through philosophy. I did that because as an undergraduate, although I was a committed biology major, I wasn’t really getting a lot of new insights into life,” said Powell. “My parents were grad students in the ’60s at University of California, Berkeley during the Vietnam War and a time of great social change and expanding consciousness around civil rights, women’s liberation, the sexual revolution and environmentalism, so my picture of what college was supposed to be was that you should be getting all these mind-blowing new understandings of the world, and I wasn’t getting that from biology because it was already so familiar to me.”

For practical reasons, Powell left Indiana, returned home to Kansas, found a calling similar to his father, and enrolled in a master’s program in education at the University of Kansas that allowed him to gain teaching licensure. While earning this degree, he worked in Exhibits and in Public Education at the KU Natural History Museum. Afterward, he taught biology and chemistry at local high schools for five years.

“I always had a strange feeling about having left the path to a science-related Ph.D., given my heavy-duty intellectual interests. I always thought that I would go on, but there was a fork in the road where I chose a path that, as a consequence that I never quite accepted, happened not to lead to a Ph.D. in the area of thinking at the core of my identity,” he said. “I had been teaching for a while, was successful at it and enjoyed it, and I knew I could keep doing it, but I realized that I just wasn’t spending as much time as I wanted thinking about biology, the subject matter. I knew I could leave secondary teaching and come back to it if I wanted, but if I were going to continue my schooling, I thought it was now or never.”

Powell took the plunge, left high school teaching, and went back to school full-time at the University of Kansas for his second master’s degree — this time in ecology and evolutionary biology.

For the next three years, Powell was submerged in school and field work, all while maintaining a family life.

“My life was all over the place, but I was in a very comfortable environment,” said Powell. “I was back at home in the Natural History Museum, now as a graduate student in ornithology … it was my stepping stone to the Ph.D. application.“

During this time, Powell served as a graduate teaching assistant for a cadaveric anatomy course, and later as a field research assistant at the Kansas Biological Survey, which provided a small income for him and his growing family.

Powell wasn’t done with graduate school yet. In 2005, he moved to the University of Minnesota to earn a doctorate in ecology, evolution and behavior, which took seven years. Powell’s doctoral years were devoted to his dissertation research, but that was not all that was going on in his life.

“My wife and I got a divorce during that time. She stayed in the Twin Cities, and I was a half-time dad — I had the kids every other day,” he said. “That made it take a little longer for me … being a PhD student is a fully immersive thing, and being a parent is also a fully immersive thing, as is being a good spouse. My life was sort of ripped apart, but at the same time I had to keep going. Luckily, I had an advisor who was very well-established in his career. He and my committee members weren’t looking for me to be their claim to fame. I did good work but at a slower pace.”

A two-and-a-half-year post-doc followed. Powell was able to remain in on-campus student family housing, but he worked with different professors and in a different laboratory.

“I was a post-doc at the BioTechnology Institute, which is a different world than the kind of biology I had mostly done. I had been in field and museum settings studying birds and their habitats as well as their DNA. Now I was doing experimental evolution of microbes in a biochemistry lab that specialized in protein engineering for industrial applications,” he said.

Finally, Powell was ready to come back home, and began searching for a professor position at local academic institutions. He left his post-doc for a position at ESU in fall 2015.

“I wanted to be at an institution where I could do research but also have the freedom of choosing topics and pursuing them at a pace that’s not really compatible with a big research university anymore. There, you have to pick topics that other people think are super sexy, globally significant or going to make millions of dollars. You can’t pick something that’s locally important or just very interesting to you and your students and pursue it for its own sake. I wanted to be somewhere where the job is primarily teaching but that also supports doing real research,” he said.

Since joining the faculty at Emporia State, Powell has conducted studies on the evolutionary history of New World blackbirds, color variation in Ruffed Grouse, the spread of rapidly evolving ovarian cancer in human patients and the natural evolution of microbes in artificial environments. He and his three graduate student research assistants and thesis advisees are also conducting field surveys and research — in collaboration with the Kansas Department of Wildlife, Parks and Tourism — on the Mudpuppy salamander and the Northern Map Turtle, both of which live in rivers in eastern Kansas.