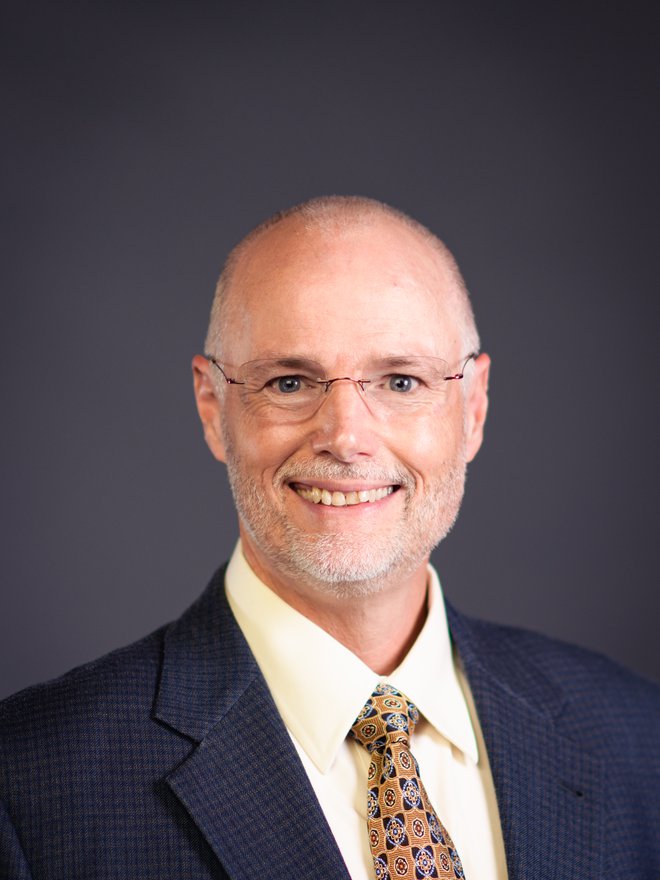 Before joining ESU, Dr. Jim Persinger, chair of the psychology department and interim chair of instructional design and technology department, worked as a school psychologist in USD 383 Manhattan/Ogden, where he also served as preschool coordinator, teacher for students with autism, and chair of Infant Toddler Services Network of Riley County. He joined The Teachers College faculty in 2000. Having attended Emporia State University in the 1980s as both an undergraduate (BS - Psychology) and graduate (MS - Experimental Psychology), he continued his education at the University of Kansas (EdS School Psychology; PhD School Psychology, minor in Counseling) while working in the public schools.

From 2002-2019, he served as Director of the School Psychology Program at ESU. He received the Excellence in Scholarly Activity Award in 2009 from The Teachers College. In 2014 he received the Excellence in Service Award. He became the chair of the psychology department in 2015 and was named the2015 Roe R. Cross Distinguished Professor, the highest honor available to faculty at ESU. In 2016, he received a Lifetime Achievement Award from the Kansas Association of School Psychologists.

He is the clinical consultant for Region 5 of the National Athletic Trainer’s Association, helping with critical incident response, and has served for decades as a consultant and trainer in Kansas schools on crisis planning, intervention and postvention. He has served (2015-18) as the Kansas Delegate to the National Association of School Psychologists (NASP), and since 2008 has served NASP as a state credentialing specialist.

He has served continuously on the executive board of the Kansas Association of School Psychologists since 2000, in most roles including as President in 2008. He served as the President of the Association for Psychological and Educational Research in Kansas (PERK) in 2004 and 2018. Persinger has served on the executive board of the Greater Kansas City chapter of GLSEN since 2014. He has continuously been a reviewer for the Psi Chi Journal of Undergraduate Research since 2000. Since arriving at ESU, Persinger has provided pro bono evaluations for Emporia State students needing disability determination/documentation, and serves as consultant to ESU's Disability Services Office.

Among his notable professional achievements, Persinger launched what may be the first (2001) school psychologist respecialization program in the country, three years before references to such programs appeared in the NASP trainer’s literature. The development of such programs was designated a national strategic priority for NASP in 2015, to address chronic school psychologist shortages. Also, he served as lead author for the Kansas “work authorization” program developed from 2018-20, administered by KASP in partnership with the Kansas State Department of Education. This program provides reimbursement to employers who hire a respecialization candidate prior to degree completion, allowing these candidates to work in the field and earn a full professional salary while in training.

He regularly presents to public school faculty as well as state and national conferences on topics as diverse as non-stereotypical self-injurious behavior, suicide prevention/postvention protocols, crisis response/recovery, proactive mental-health programs including an emphasis on mindfulness techniques and curricula, sociometric approaches to social-emotional screening, compassion as a resilience construct, and impact of school climate and gay-straight alliances on LGBTQ+ youth.