Judith Calhoun served as chair of the ESU nursing program. She was involved with development and implementation of the ESU Newman Division of Nursing. She served as vice chair of the Heartland Board of Directors of the American Cancer Society and helped to develop Camp Hope, retreat for children with cancer.

Vickie Deines, Hoxie, earned multiple statewide professional honors and assisted in the development and training of the Physical Dimensions curriculum. She is a Kansas Secondary Physical Educator of the Year.

Michelle DeLisio, Chanute, has been teaching physical education at USD 413 in Chanute, Kansas since her graduation from Emporia State University. In 1999, she was named a Kansas Master Teacher. She also was awarded Kansas Secondary Physical Educator of the Year and 4A State Girls Tennis Coach of the Year. 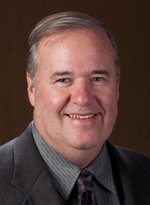 Gary English, Little Falls, NY, served as chair of the health, physical education, and recreation department at Ithaca College in Ithaca, NY. He was appointed by the governor to the New York Tobacco Advisory Board and served as director of the New York Center for Healthy Schools. He has been the head of the department of public health at Western Kentucky University since 2007.

Deon Hall (BSE 1975, MS 1992), Emporia, was named Kansas Elementary Educator of the Year. She is one of the Emporia school district's Physical Education for Progress grant recipients and an active presenter at regional, state, and national workshops. 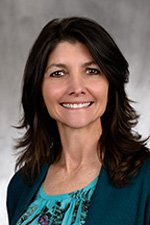 After completing her doctorate at the University of Wisconsin-Madison, Lyter-Antonneau became an assistant professor at University of Wisconsin-Parkside. She helped create and implement three new majors: sport management, fitness management, and applied health sciences. The combined number of these majors is now more than 500 students and the department has grown from having one faculty member to six. Lyter-Antonneau assisted in overseeing the opening of a sport and activity center which included planning the wellness center. She also created the exercise science laboratory, and developed and directed the lifetime wellness curriculum. 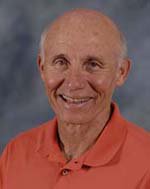 Rainer Martens is a world-renowned expert in the science and psychology of coaching, having more than 30 years of experience in the field. He is the founder and president of the world’s largest publisher of information about the sport sciences, physical education, sports, and fitness. Martens is a former professor of kinesiology at the University of Illinois and a former sports psychologist for numerous U.S. Olympic athletes. He is also an avid athlete, having earned All-American status as a member of 15 National Senior Slow-Pitch Softball Championship teams. 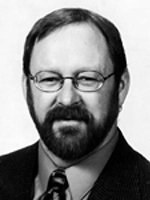 Jeff McAdoo is a physical education teacher at Lincoln Elementary School in Ottawa. Previously, he taught physical education at Quail Run Elementary School in Lawrence. McAdoo trains students and staff alike in the concept of "overload," which involves pushing oneself to achieve more than seems possible. In line with this philosophy, he developed "Mr. McAdoo's Castle," a modified obstacle course that allows students to work at, above or below their ability levels. McAdoo worked with local business partners to design and build a climbing wall for the students of Quail Run Elementary.

The success of this innovative apparatus led most schools in the district to install climbing walls in their gymnasiums. Mr. McAdoo regularly presents his programs to student teachers at the local university. He was awarded the Milken Educator Award for his work in 2000. 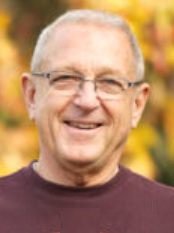 Kelly Rankin was a varsity track and field athlete at the University of Kansas, and later taught elementary school physical education in Topeka, Kansas. Rankin became a premier track and field Starter. He has been Head Starter for countless races, from the middle school level to international competitions. He is the only person ever to be Head Starter for two Olympic Games, first for the Los Angles Summer Games in 1984, and then later, in 1996, for the Atlanta Summer Games.  He has recently been inducted into the USA Track and Field Officials Hall of Fame. 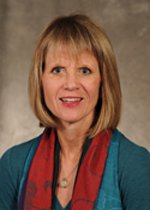 Dr. DawnElla Braley Rust is recognized for her expertise in health education and wellness promotion.  Dr. Rust has authored/co-authored 15 national and 7 state-wide professional publications. She has served as a national program reviewer, as well as on national editorial boards. She has made more than 60 presentations at national, regional, and state professional conferences. She has written and received 10 grants including an $80,000 CDC grant. These grants have aided various community health promoting agencies.

As a faculty member at Stephen F. Austin State University, Dr. Rust has served on numerous university, college-level, and departmental committees and task forces. She has served as the President of her state-wide professional organization (TAHPERD), as well as in several other high responsibility positions within the TAHPERD organization. Dr. Rust has been recognized for her professional contributions, as she has received the highest award offered by her professional state organization - the TAHPERD Honor Award.  In addition, she has received the Southern District Regional Health Educator of the Year Award and the Excellence in Teaching Award from her university. 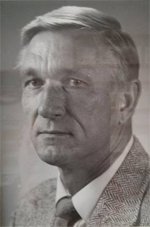 Growing up in Kiowa, Kansas, Bill Tidwell was a standout high school athlete in both football and track & field. Tidwell competed collegiately at Emporia State University, running under the direction of then head coach and Kansas Sports Hall of Fame inductee, Fran Welch. However, his collegiate career was interrupted from 1952 to 1954 as Tidwell entered the armed services.

Bill returned to Emporia following his time in the service and won both the 880 meter and the mile NAIA (National Association of Intercollegiate Athletics) National Championships. The following season in 1956, Tidwell repeated the feat by defending both titles and in 1957, he added the “Most Outstanding Performer” at the Kansas Relays to his resume. In total, Tidwell was named a four-time NAIA All-American in the 880 meter and mile races. His NAIA 1,500 meter record set in 1956 stood for twelve years until it was broken by fellow Kansas Sports Hall of Fame inductee and Emporia State Hornet, John Camien. Tidwell was also an outstanding cross country runner. During his final two years at Emporia, he lined up for fourteen cross country races. He won first place in twelve of those meets and finished runner-up for the 1956 NAIA National Championship.

Following his collegiate athletic career, Tidwell became a teacher, coach, and administrator, affecting the lives of thousands of athletes. He was named the Physical Education Department Chair at Oberlin College in Ohio in 1959 before returning to Emporia State as Chairman of the Physical Education Department and the Athletic Director in 1971. Tidwell served as the Athletic Director until 1979 and oversaw the Hornets win the 1978 NAIA National Championship in baseball.